If you’re signed up for a ComiXology Unlimited subscription and want to read the best Batman stories the service has to offer, then you’re in the right place. We’ve compiled a list of the greatest Batman comics and graphic novels available to read right now with a subscription.

ComiXology is a digital comics platform where you can purchase and read comics on your device of choice — desktop, laptop, tablet, or smart phone. ComiXology Unlimited is a subscription service where for a monthly fee you’re granted access to a library of over 25,000 select titles (and for a limited time there’s a 60-day free trial period). Note that ComiXology Unlimited is only available in the U.S.

Before you dive into our list, know that in some cases only part of a series is available to read on ComiXology Unlimited, meaning you’ll have to pay for the rest if you want to continue reading the whole story. We’ll point that out where appropriate and offer our best suggestions on how to proceed from there.

You can check out the list by flipping through the slideshow below or keep scrolling to read it as an article. 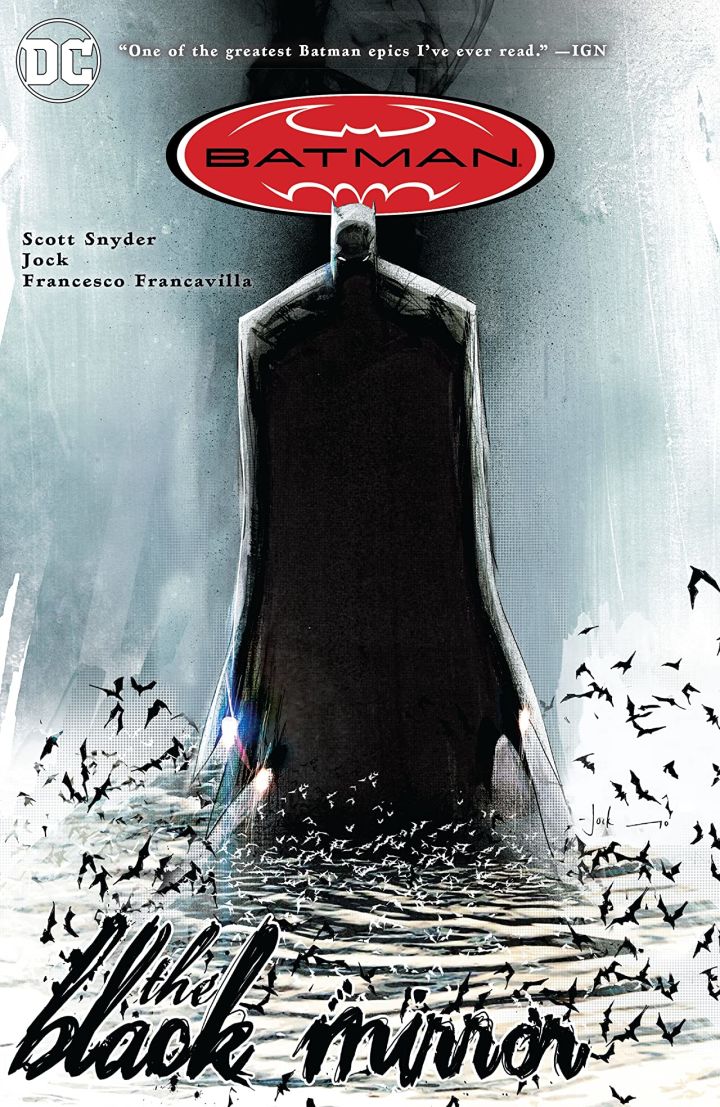 For what’s arguably the best Batman story of the past decade, it may come as a shock that The Black Mirror doesn’t even feature Bruce Wayne under the cowl. That’s right, this articulately structured thriller follows Dick Grayson during his time as the Dark Knight and shows him faced with a pair of mysteries as complex as they are horrifying. This tale not only proves without a doubt that Dick deserved to take up Bruce’s mantle but adds exciting new aspects to Gotham City and the Gordon family, making for a fresh and enthralling read. The final page still manages to leave us with chills every. single. time. 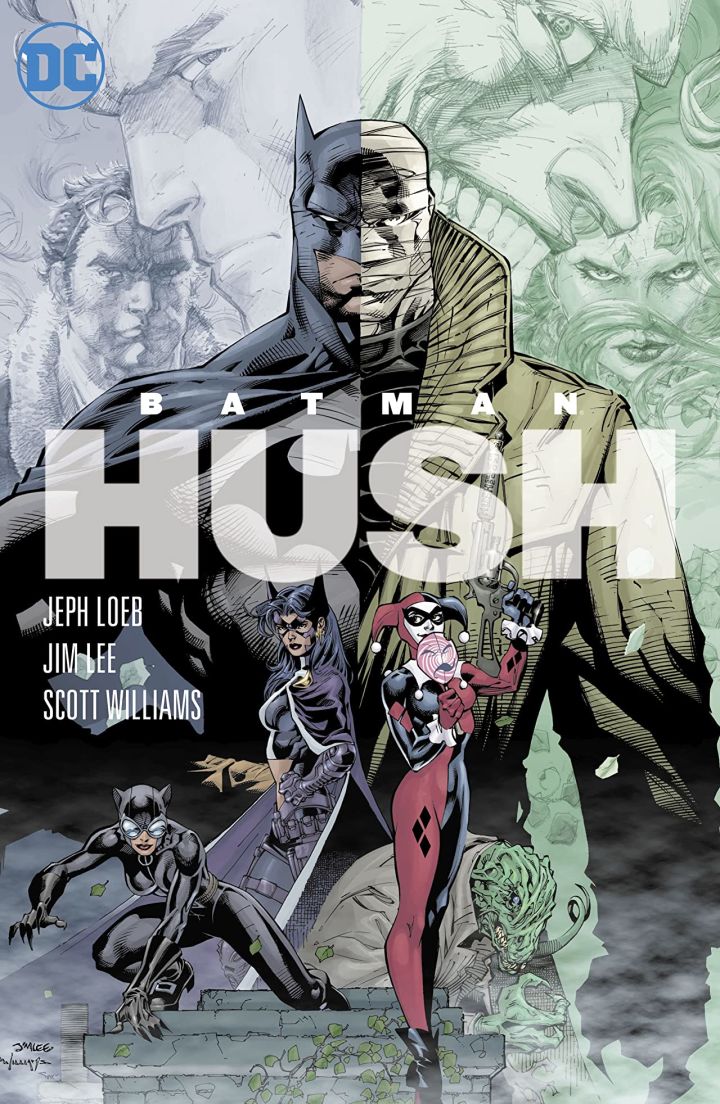 By Jeph Loeb and Jim Lee

If you’ve never set aside the time to read Hush, now’s your chance. The complete story is on ComiXology Unlimited and is considered a modern Batman classic. Introducing a new villain that’s just as formidable and intriguing as any member of the Rogues Gallery you already know and love, Batman: Hush is an incredibly personal tale for the Dark Knight rendered with gorgeous visuals. -Kelly Knox 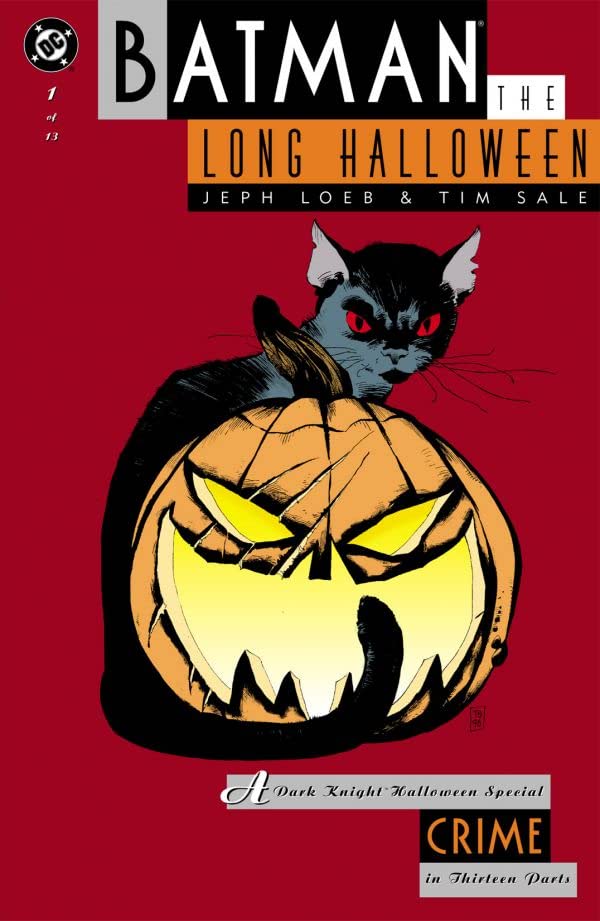 By Jeph Loeb and Tim Sale

Another Batman classic that you can read in its entirety, The Long Halloween takes place during Bruce Wayne’s early days as the Dark Knight. A mysterious foe known as Holiday only kills once per month on, you guessed it, holidays. Batman races against time to find the killer before another victim is claimed in this timeless thriller that features numerous iconic Batman foes. -Kelly Knox 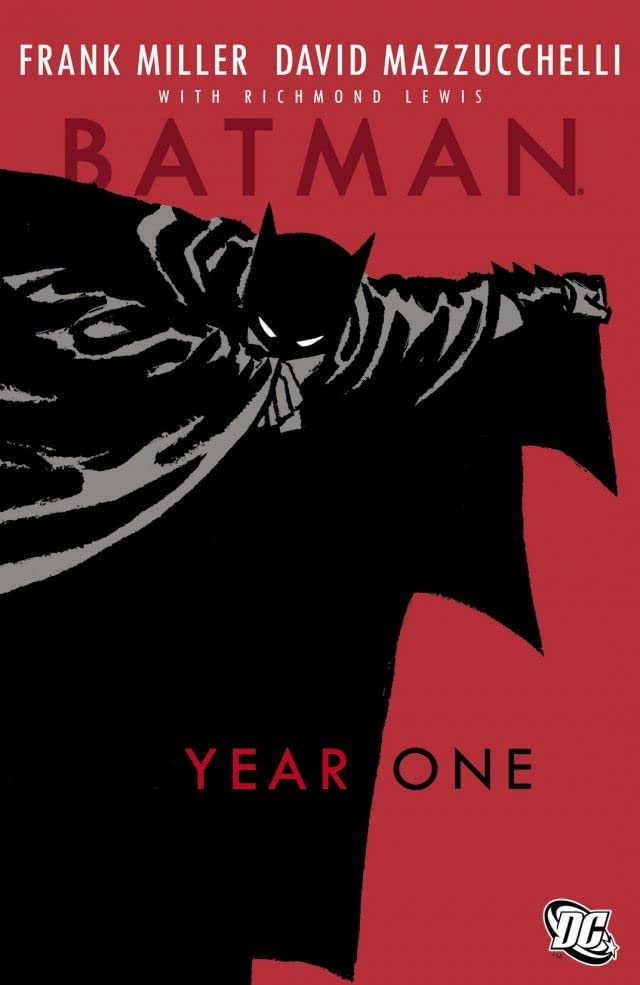 By Frank Miller and David Mazzucchelli

Maybe THE Batman book, Frank Miller’s Batman: Year One is a retelling of the Dark Knight’s origin in a gritty Gotham. Bruce Wayne, only 25 years old, returns home at the same time police officer Jim Gordon moves to Gotham with his wife. Bruce dons the cape and cowl to take on mob boss Carmine Falcone. -Kelly Knox 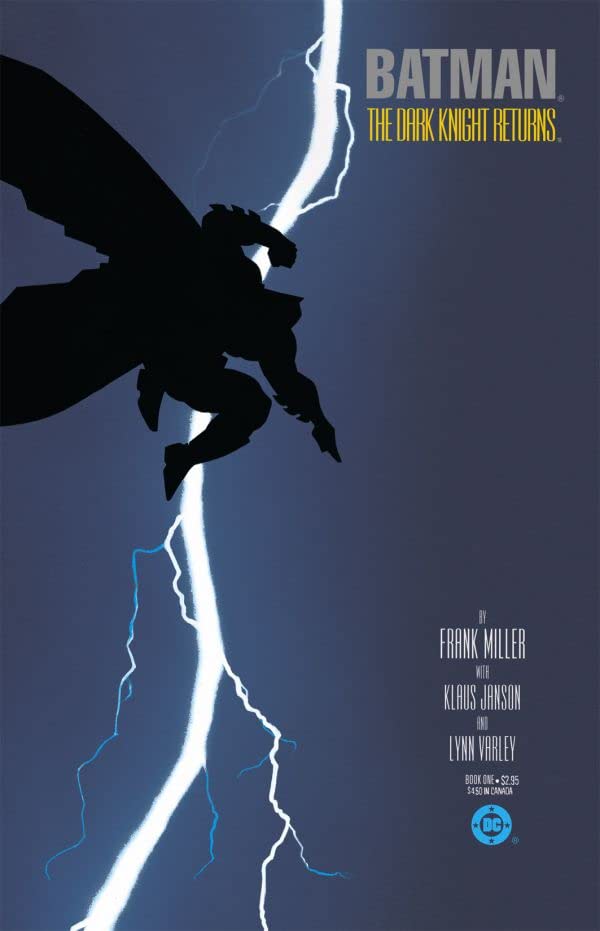 The most iconic and influential Batman comic of all time, The Dark Knight Returns shows an aged Bruce Wayne coming out of retirement to battle the corruption of his beloved Gotham City. A must read for any new Batman fan (and a must re-read if you’re a longtime fan and it’s been a while). Only two of four issues are available on ComiXology Unlimited and we must say it’s worth grabbing the other two to finish the tale. 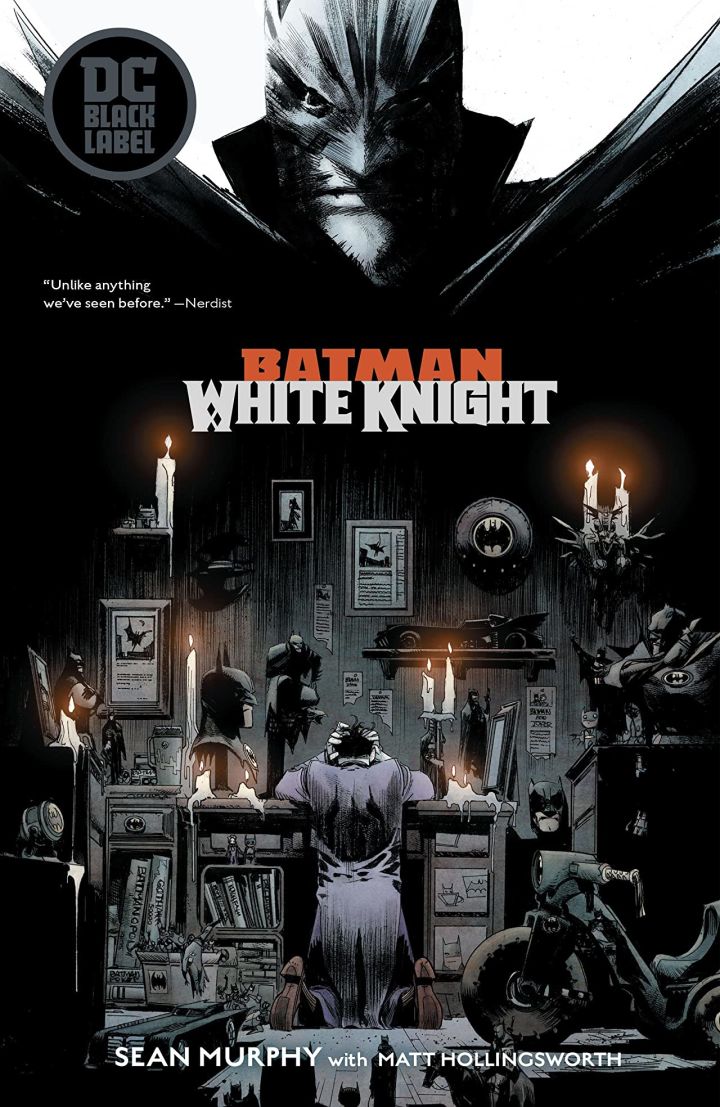 What if Joker was the hero and Batman was the villain? This inventive spin on the familiar Batman formula takes place in an alternate universe where nothing is as it seems and will make you question everything you’ve ever thought about these two iconic characters and what makes them tick. Only two of eight issues are available on ComiXology Unlimited, so use that as a sampler to see if you enjoy this strange spin before committing to the whole thing. 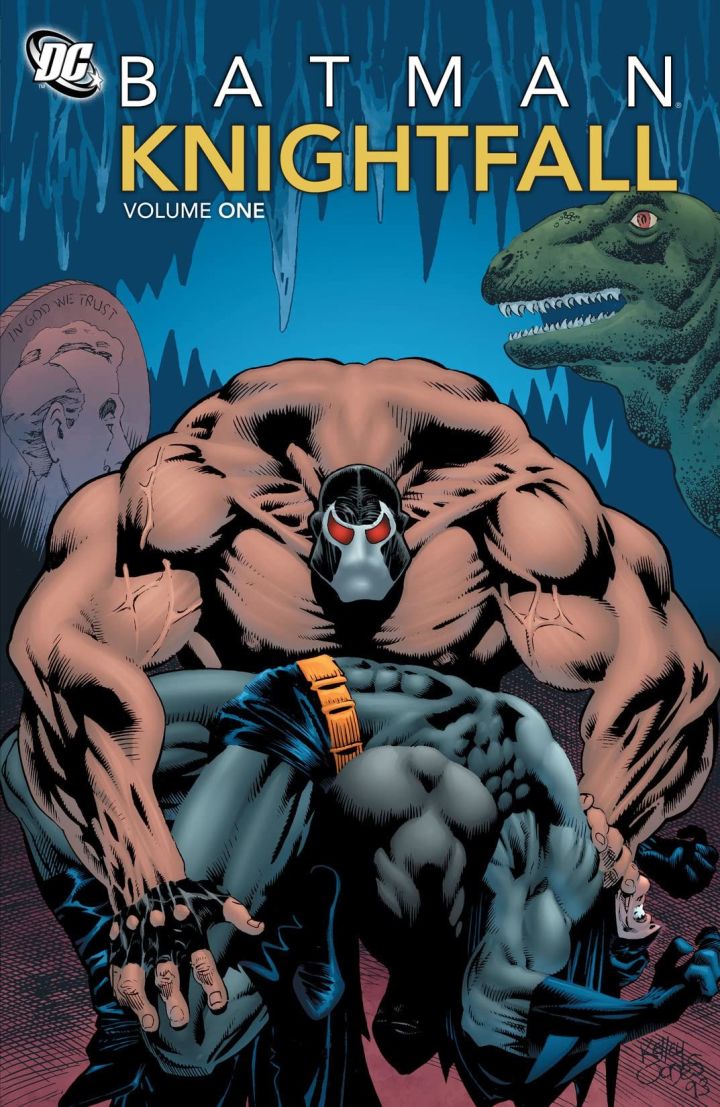 By various artists and writers

One of Batman’s most memorable defeats came when Bane broke his back. This is that story. At this point in time, Bane was a newly introduced character, as was Azrael, so reading this comic will take you back to when both characters were fresh to readers and no one knew what to expect or how they would forever impact Batman’s legacy. Knightfall is the first volume in a trilogy that can be enjoyed by itself, but you’ll need to shell out for Knightquest and KnightsEnd for the full story.

Batman: The War of Jokes and Riddles 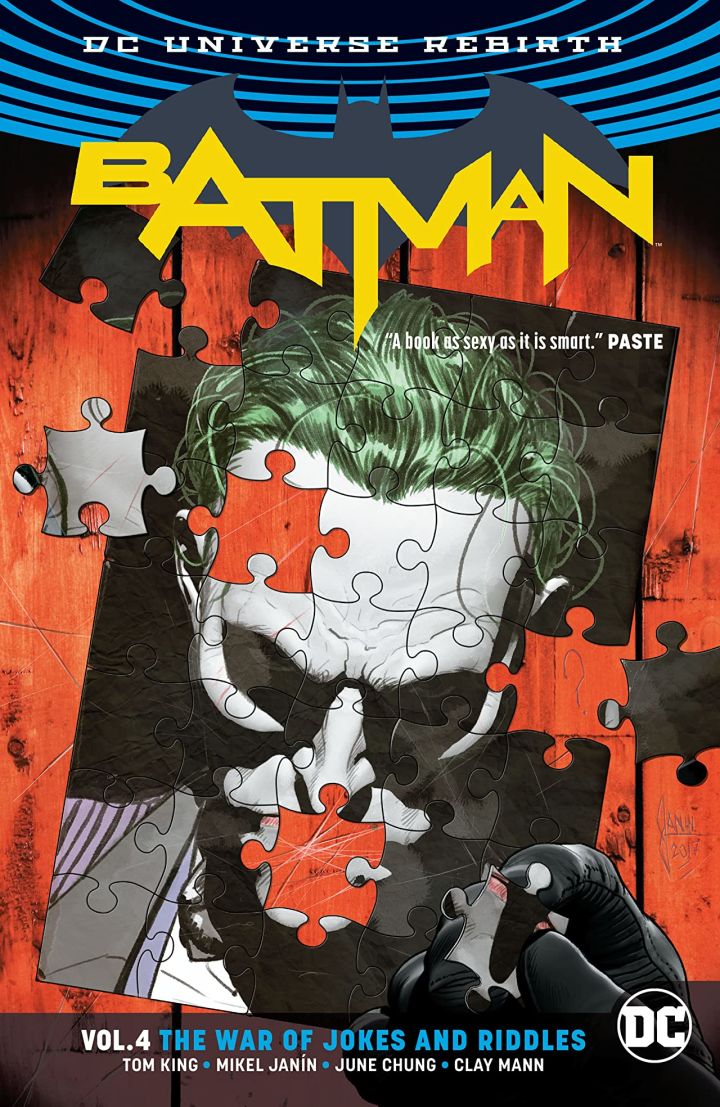 By Tom King and Mikel Janin

This story sees Batman finally pop the big question to Catwoman, but before she answers, he wants to confess his darkest secret, so he tells her the story of his role in a massive turf war between the Joker and the Riddler aptly called “The War of Jokes and Riddles” that took place after his first year as Batman. Even though this is an eight-part storyline in the middle of Tom King’s long-running Batman series, it can easily be read by itself as a standalone graphic novel because it tells a concise story featuring a younger Batman towards the beginning of his crime fighting career and all of the villains appear in their most iconic form. This story is the highlight of King’s Batman run and is gorgeously drawn by master artist Mikel Janin, making it a modern Batman classic.

Check out our full breakdown of The War of Jokes and Riddles in the video below: 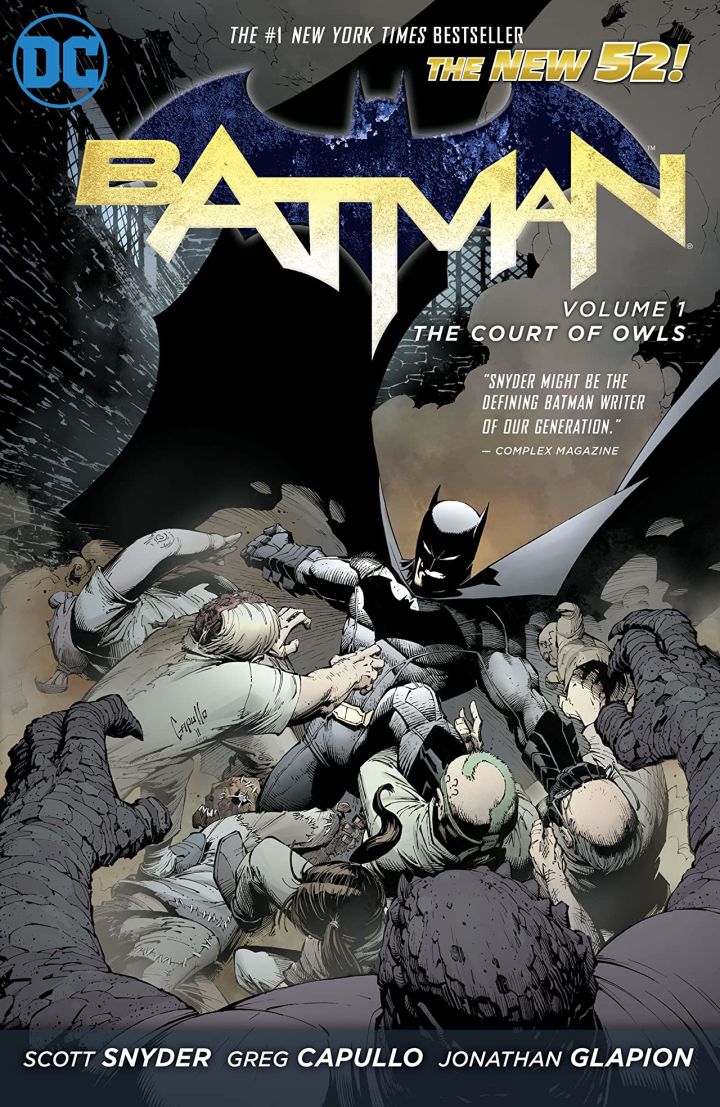 By Scott Snyder and Greg Capullo

For a hearty comics meal to binge, check out the New 52 run on Batman by writer Scott Snyder and artist Greg Capullo. This run pits Batman against the deadly and mysterious Court of Owls, the Joker, and the Riddler in a series of epic arcs that push the Dark Knight to the breaking point. This run has been heralded as one of the most introspective and fresh takes on Batman over his many years. The first six volumes of this 10-volume run are available to read on ComiXology Unlimited, which is more than enough to deliver a satisfying experience. 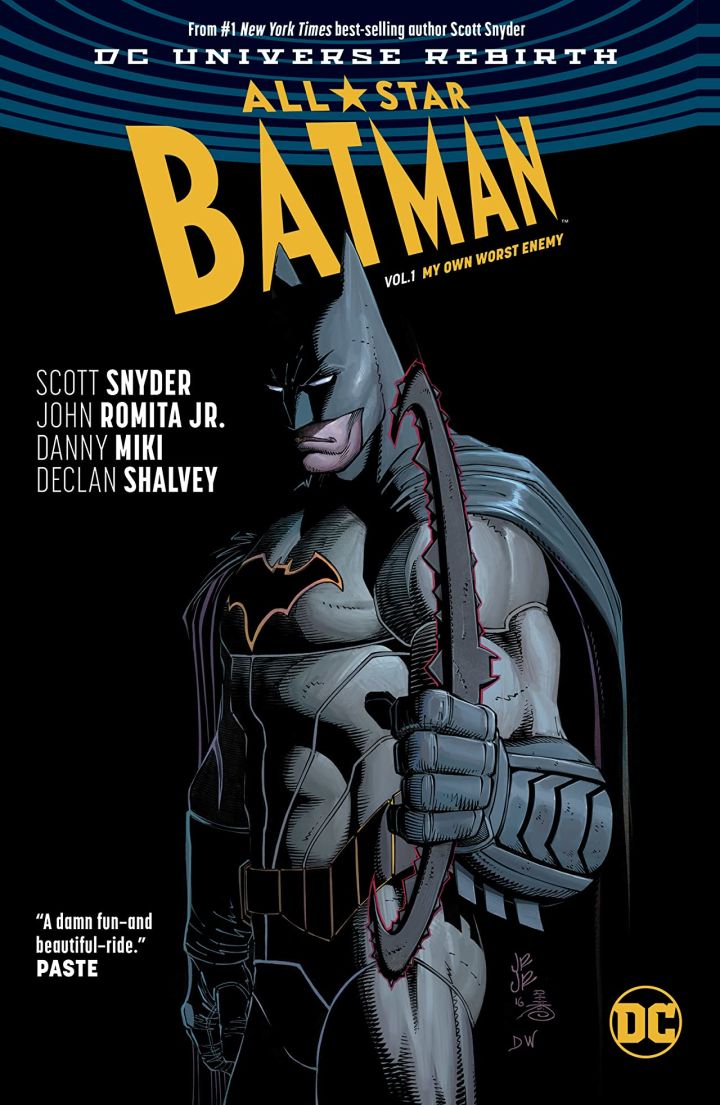 If you’re looking for a more focused and action-packed read, then try out All-Star Batman. The first volume features a story where Batman must escort Two-Face across the nation in order to finally restore the villain’s scarred face, only for virtually every assassin in DC canon to show up and try to stop him. It’s like Max Max: Fury Road set in the DC Universe. The second volume shows Batman going up against Mr. Freeze. Poison Ivy, and Mad Hatter to stop an apocalyptic scheme from destroying the world. There’s a third volume of All-Star Batman that’s not included in ComiXology Unlimited. Each volume is fairly self-contained, plus the third volume features new characters you may not be familiar with (Nemesis and The First Ally). 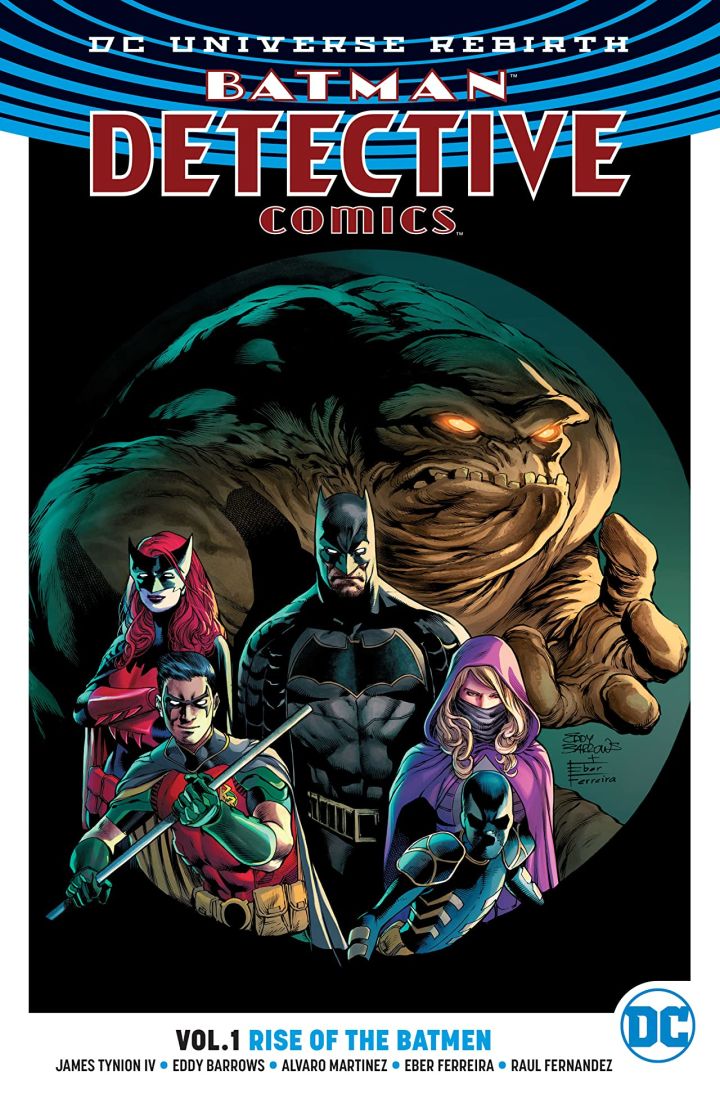 Batman and Batwoman are the two most experienced crime fighters in Gotham City, but they know they won’t last forever, so this story sees them training the next generation of heroes. The team consists of Tim Drake/Red Robin, Stephanie Brown/Spoiler, Cassandra Cain/Orphan, and, in a surprisingly delightful twist, a reformed Basil Karlo/Clayface looking for redemption. This is a suspenseful and emotional read that ups the stakes for the Bat-family and explores their complicated and often conflicting views on how to live the life of a vigilante. There are seven volumes in this run, but strangely on ComiXology Unlimited after volume one it jumps to volumes four, five and six, so you’ll have to purchase the middle volumes yourself. 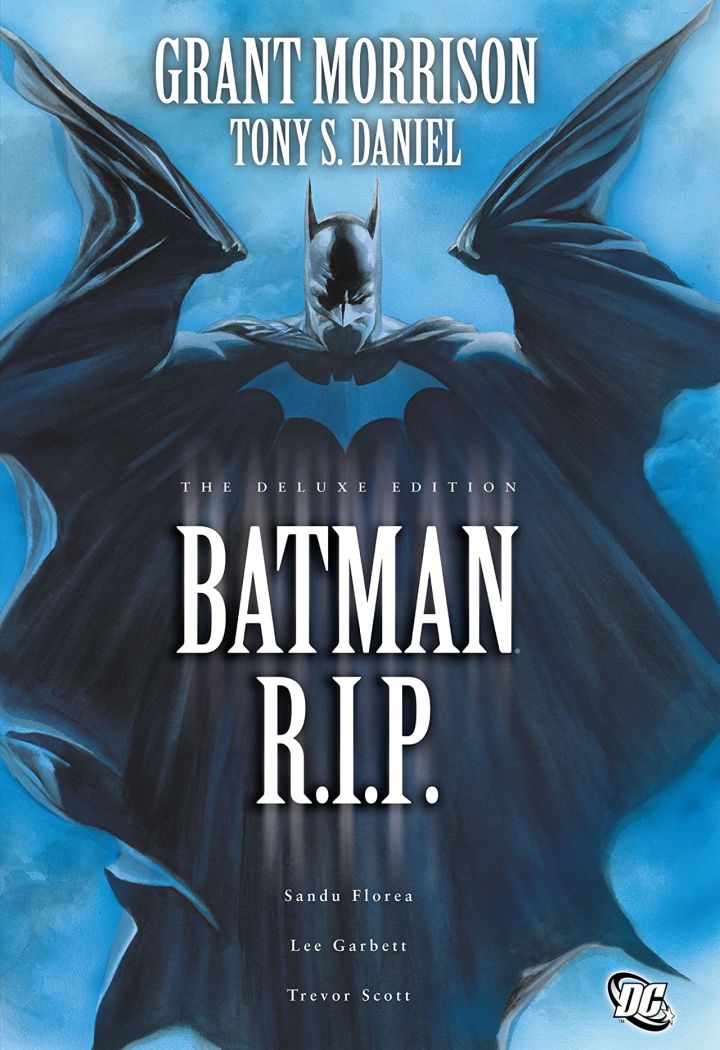 While everything else on this list can easily be picked up and enjoyed regardless of your comics-reading experience, Batman RIP is infamous for being one of the most challenging comics even for longtime Batman readers. As the ominous title implies, the story shows what would happen if Batman were no more, leaving the Club of Villains to ransack an all-but defenseless Gotham City. But what follows is a great deal more complicated as we witness Bruce Wayne’s mental breakdown and dive headfirst into a nightmarish fever dream composed of decades-old Batman references and a merging of plot threads from across Morrison’s long-running Batman saga. We said it was challenging! But while some fans consider it one of the worst Batman stories to date, others regard it as one of the most ingenious. If you’ve got ComiXology Unlimited, may as well take a shot at it to see what you think.

Want even more out of your ComiXoloy Unlimited subscription? Check out this list of the best bingeable comics available on the service: