Pokemon Mystery Dungeon: Rescue Team DX is a remake of the very first Pokemon Mystery Dungeon games (and the demo has been out for a while now) but of course there’s more to it than what we’ve seen so far. Though we didn’t get to check out the just-announced Mega Evolutions in action, we did go hands-on with a different story dungeon and some new features not shown in the demo or available in the originals.

Watch the video above for short break downs and gameplay clips of Pokemon Mystery Dungeon: Rescue Team DX’s Rescue Team Camp system, new Rare Qualities, the Pokemon recruiting mechanic, a short boss battle, and more—some of which is completely new to the remake. 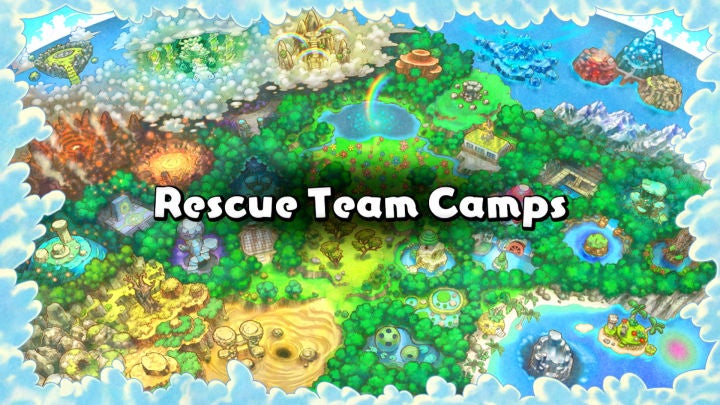 The path to the left of your home base in Pokemon Mystery Dungeon: Rescue Team DX (as seen in the video above) leads to the Rescue Team Camps! You can purchase these camps from Wigglytuff, and each camp can be inhabited by certain species of Pokemon. You won’t be able to permanently recruit Pokemon unless you have the Camp where they’d reside, and there’s a limited number of Pokemon you can “store” this way. The higher your Rescue Team rank, the higher this limit.

The Rescue Team Camps menu is also where you can manage your Pokemon and feed them Gummis  to raise stats or unlock a Rare Quality. Rare Qualities are new to Rescue Team DX and grant Pokemon abilities that affect the entire team – like Brawl, which increases your team’s damage with more enemies in the room. 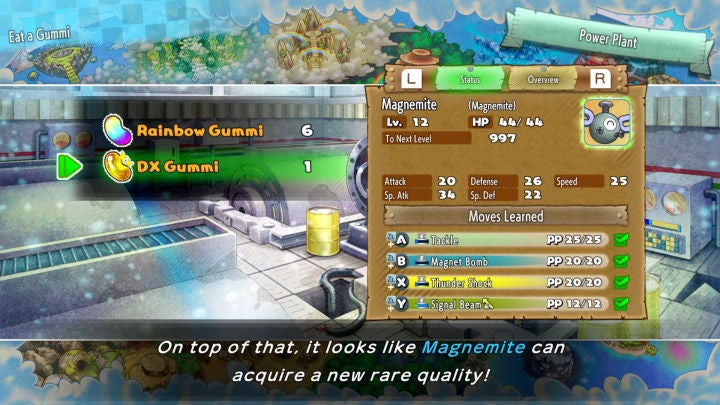 Preparing for a Dungeon

The ability to manage your team, items, and money from the dungeon departure screen appears to be a new feature of the remake, and a handy one at that. You always want to make sure to store money and items you don’t need, or else risk losing them if you suffer a full party wipe inside the dungeon.

Sometimes, there will be fainted Pokemon in a dungeon. Find it and give it an apple – there’s a chance it will want to tag along. Rarely, a Pokemon you defeat in a dungeon will ask to join you too. Once you leave the dungeon, you can let these Pokemon join your Rescue Team as long as you have the right camp. 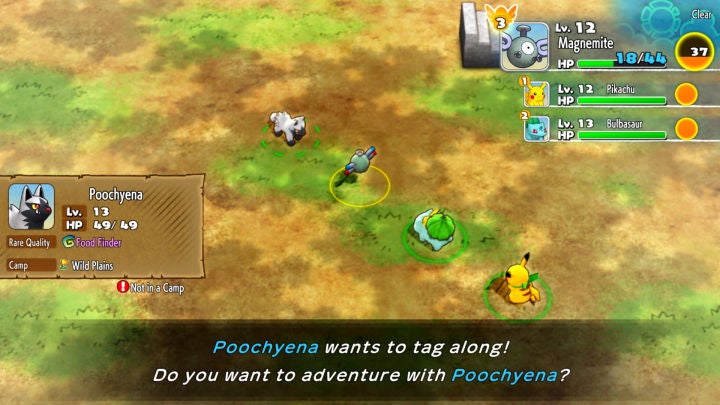 You’ll get a notice if you don’t have a camp a Pokemon can reside in. In which case, you can use a Wigglytuff Orb to summon Wigglytuff and purchase the camp you need to recruit said Pokemon, another new feature!

Unlike the original Pokemon Mystery Dungeon: Blue Rescue Team and Red Rescue Team, you can have up to eight Pokemon with you at a dungeon at a time, increasing the number from a sad four before, so recruiting Pokemon in Rescue Team DX will be much more efficient. Speaking of efficiency, the new Auto Mode substantially increases the pace you can explore a dungeon, but automatically switches off when an enemy is encountered, so it doesn’t do everything for you.

Watch the video at the top of this page for the boss fight and an extra minute of Pokemon Mystery Dungeon: Rescue Team DX gameplay within the Sinister Woods. Otherwise, that’s about all the new stuff we saw so far. For more on Pokemon Mystery Dungeon: Rescue Team DX, check out the first 15 minutes of it in the video above.
[poilib element=”accentDivider”]

Casey DeFreitas is an Editor at IGN who loves monster hunting, slaying, and catching. Catch her on Twitter @ShinyCaseyD.

The Killers, Dua Lipa and Khalid drop in to the FUSER Premier Pack

The Killers, Dua Lipa and Khalid drop in to the FUSER Premier Pack