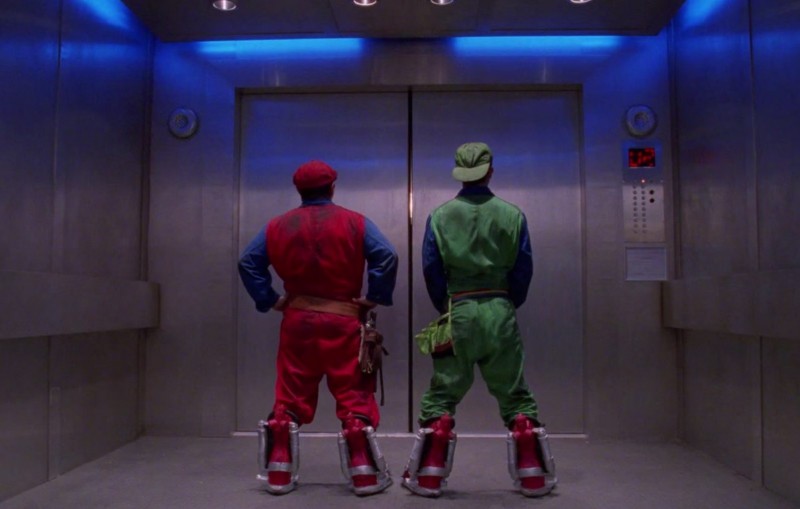 I have very distinct memories of talking my parents into letting me go see the Super Mario Bros. movie in 1993 and, all of seven years-old, walking out of the theater trying to convince myself I liked it. The film has gained a cult following over the last 18 years, more for its mockable qualities than its genuine qualities, and has become the focus of a lot of fascination by movie and film fans. A few months ago, some of these fans found an uncut version of the film with deleted scenes that never made it to theaters.

In this scene, the Mario bros. meet rival plumbers attempting to rip-off a restaurant by giving them an absurd estimate to fix a dishwasher. The other plumbers are standoffish when Mario calls them out on it and the pairs confront each other outside.

The group that found and published this scene, which just calls themselves Super Mario Bros: The Movie Archive, intends to release the entire film with these scenes edited in and restored for an extra 15 minutes added to the runtime. The plan is to make this the definitive edition of Super Mario Bros..

Another new Mario film is in production at Illumination, the animation studio behind the Minions movies, with Mario creator Shigeru Miyamoto overseeing the film this time. It has long gone around that Nintendo had traditionally been against licensing their properties for movies because Super Mario Bros. was such a disaster in their eyes until late president Satoru Iwata decided to reverse this decision.