Lose Your Taste For Hygiene With The New Sinking City Trailer

If you ever wanted to see a man try to shave continuously growing tentacles off of his face, well now you can. Sherlock Holmes developer Frogwares latest gameplay trailer for The Sinking City has its fair share of twisted imagery and tripped out visuals and is shaping up to be a creepy Lovecraftian adventure.

The game looks to use the famous cosmic-horror progenitor’s fiction as the subject matter as opposed to inspiration. Unlike many games that have had elements and see the heavy influence of Lovecraft, such as Darkest Dungeon, Dead Space, or Sunless Sea; The Sinking City seems ripped directly from a story like The Shadow Over Innsmouth or The Horror At Red Hook. Even going so far as to take place in Massachusetts, a place where many of Lovecraft’s greatest stories take place, but also where he drew so much inspiration from the mountains and forests of New England.

The Sinking City releases on March 21 on PlayStation 4, Xbox One, and PC. For more on the game, check out our preview and if you are looking for more Lovecraftian games, we have a list of what is coming in the future. 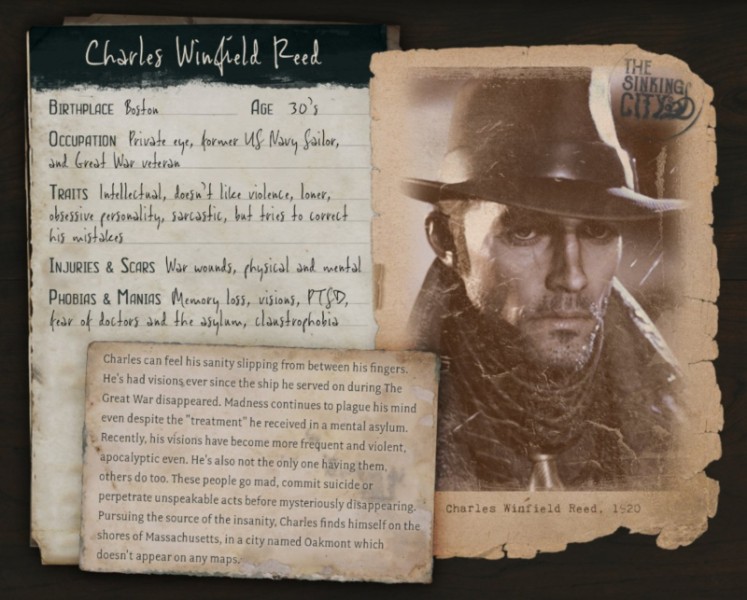