Four Things You Should Know

InXile Entertainment’s The Bard’s Tale IV wears its heart on its sleeve: Starting a new game throws you into a full-motion video cutscene of four actual human people – two of them equipped with obviously fake elf ears – sitting in front of what looks like the interior of a hand-painted inn. Three of the actors listen intently as the fourth plays a small harp, introducing them to the story of the game you’re about to play. The whole thing is drenched in a warm sepia tone, and at the cutscene’s close, the actors tense up as if they’re turning back into a still image. It’s weird and awkward, but charming.

Given the series’ old-school roots, it makes sense that The Bard’s Tale IV feels deeply nostalgic. It reminds me of the old computer games I used to play on the chunky Windows PC in my family’s basement work room. Its presentation may be sub-par, but below the surface lies an interesting battle system and intriguing world.

Here are four things I learned from playing the game’s first two and a half hours. 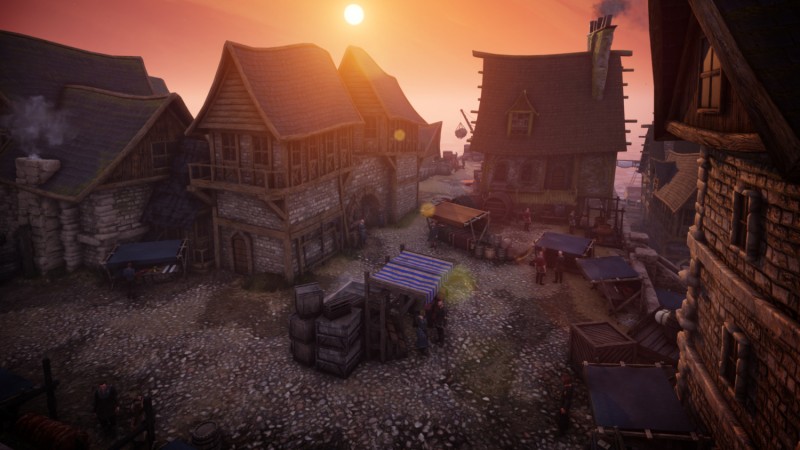 1. The World Is Interesting, Even If You’re New To The Series

Before you reach the main menu (and before the glorious FMV “elves”), a cutscene provides you with a primer on The Bard’s Tale’s world: Some gigantic plant-Cthulu gods called the Famhair turned apes into humans, who went to war with the elves and dwarves. The plant-Cthulus were eventually defeated and sealed away by a song, sung by a human woman cursed to sing it for eternity.

I’m not sure how the humans continued to exist peacefully with the rest of the races despite being constructed by evil gods, but hopefully that gets explained in the lore somewhere else in the game. As someone who’s never played a Bard’s Tale game before, I appreciated how the game opened with a story that established some interesting tension for the world and introduced the power of song. It made me hope I was about to participate in something similarly epic.

Once you’re in-game, the story you’re greeted with is different. A group of religious zealots called the Fatherites has been executing non-humans and magic users, which puts the multicultural, magic-using adventurers guild you’re a part of on the chopping block. The guild is attacked, and you’re forced to flee underground to the ruins of the old guild.

You soon begin to find out that a mysterious group has been sending agents disguised as members of the non-human races to harass humans in order to incite more persecution from the Fatherites. The Bard’s Tale IV left me legitimately interested to find out more about how the in-game story and the opening cutscene are connected. 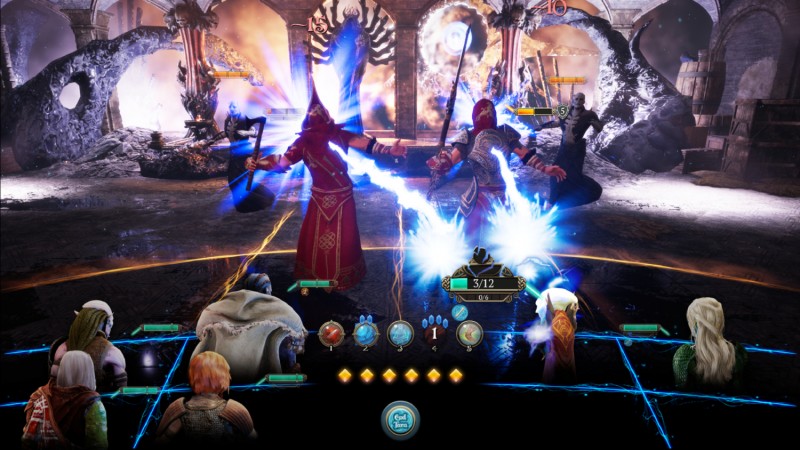 The Bard’s Tale IV’s combat takes place in on a four-by-four grid. Your party has access to the eight spaces directly in front of you, and your enemies occupy the eight opposing spaces. Your positioning determines whether or not you can reach enemies with your attacks, and whether the enemies can reach you. There are directional attacks that do damage to all enemies within a certain column, as well as attacks that push or pull enemies within their grid. This means you can set up interesting combos like throwing caltrops onto the field in front of enemies with your rogue, then pulling them closer with your fighter’s taunt, ensuring that they take damage as they move over the spikes.

Positioning your party also affects the outcome of the battle. It’s probably a bad idea to put your rogue and your magic-user in front, so you have the ability to move your fighter or your bard to the front lines between battles. Even the best-laid plans can go awry, though. If your enemies get the drop on you, your party’s positioning will flip, putting your squishiest members in harm’s way. 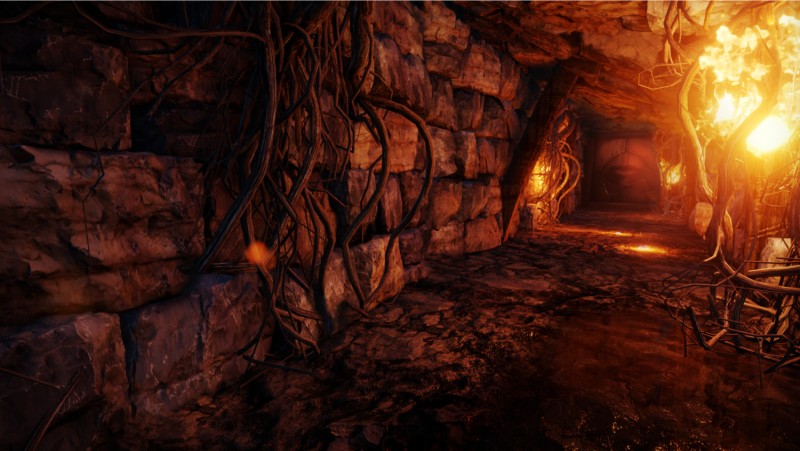 3. There Are Some Cool Exploration Elements

I had fun with the game’s systems. As you gain party members, you gain access to Songs of Exploration, spells that can be used to open secret doors and solve puzzles. In the opening hours, it was obvious which song I was supposed to use. For example, an ability called “Hidey-Bide” reveals hidden item caches, and “Jarnel’s Eyes” reveals hidden corruption in the environment, such as shadowy figures disguised as villagers, as well as a large area of the map. These abilities made me feel a little more connected to the fantasy of being a bard.

Locked doors around the world sometimes require short puzzles where you move gears around to create a working mechanism. These puzzles are a simple addition that could usually be completed by just moving the gears back and forth until I found the solution, but they were more interesting than traditional “find the key” doors (though I found some of those, too). 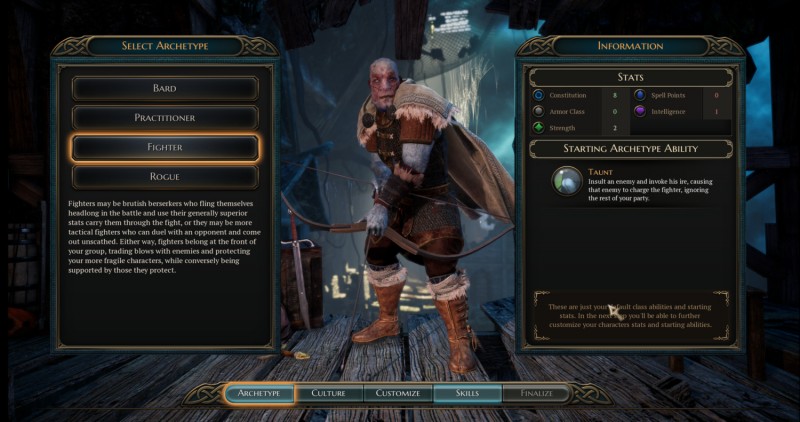 4. The Presentation Is … Mixed

The Bard’s Tale IV’s voice acting isn’t half bad, but everything else is sub-par. There are several types of cutscenes: the hand-drawn/painted cinematic that introduced the world’s lore, the FMV intro, and in-game animated scenes where characters walk around and talk to each other.

Most bizarrely, the game’s major scenes are constructed with flat, blurry images of the character models, cut out and plastered in front of pre-rendered backgrounds. These images don’t move (no lip-synching) apart from being warped and stretched slowly to create the illusion of life. If you need help picturing this, imagine the Hearthstone cinematic trailers, but made with flattened 3D assets … and also bad.

The game’s in-game visuals aren’t the best, either. Lighting is okay, textures are muddy, and character models are chunky and lack variety.

It also wasn’t as funny as I expected given the series’ reputation as one that attempts to make players laugh with all kinds of drunken debauchery. There were a couple eye-roll inducing jokes, like a pocket-picking skill for the rogue called “cavity search,” but I generally didn’t hear or read much that seemed like it was trying to make me laugh. Oh, except for when your enemies turn around and wave their asses at you. That happens sometimes. Yeah…

The Bard’s Tale IV’s opening hours felt a little rough around the edges, but there were enough interesting ideas to leave me curious about the final game. We’ll see if InXile Entertainment will take full advantage of The Bard’s Tale IV’s potential when the game releases on PC on September 18.

One thing’s for sure: I’m looking forward to more of the fake-elf-eared guy. Let’s get more campy FMV in video games, please.