It will come as no surprise to mobile gamers that iOS and Android game software has been on a steady rise for the past several years, but until now we didn’t know just how big an impact games have made on mobile software sales in general. That has now changed, as a new report from market intelligence firm App Annie has revealed that that video games account for 75% of all mobile software sales over the past ten years. 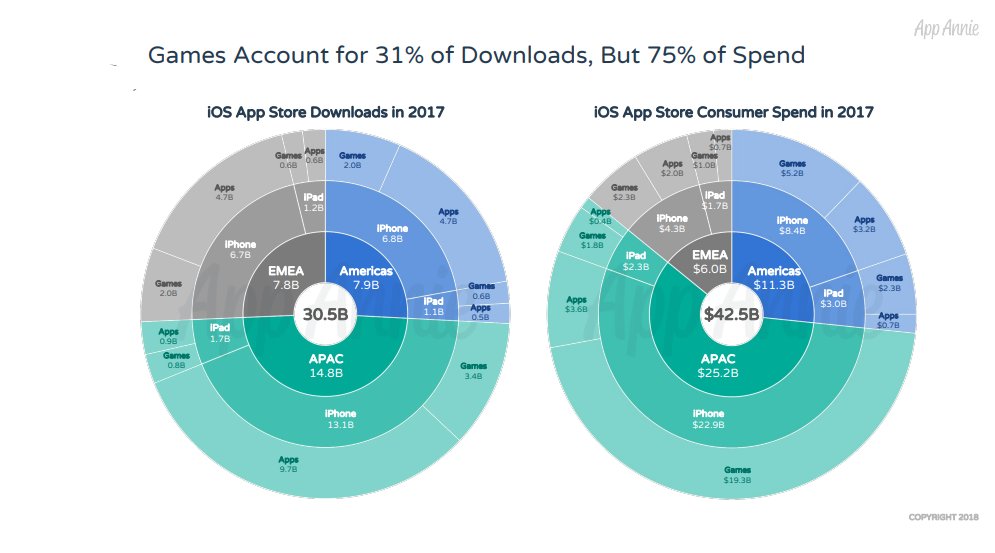 Altogether, App Annie reports that iOS app store downloads have topped over 170 billion in count, with overall consumer spending reaching over $130 billion since July 2010. The past year saw the Apple App Store earning 30.5 billion downloads worldwide, though video games only accounted for around 9.4 billion of those downloads.

Still, the mobile software market seems to be continuing its rise — 77 percent of the 4.5 million apps released to the App Store in 2017 were games, and those titles altogether managed to move almost $32 billion in total sales worldwide. Non-game apps, while not nearly as popular or lucrative for developers, still managed to draw in over $10 billion in sales worldwide during the same period. And though video games may make up 75 percent of the overall mobile software sales since 2010, they accounted for just under 50 percent of all mobile software downloads worldwide in 2017.