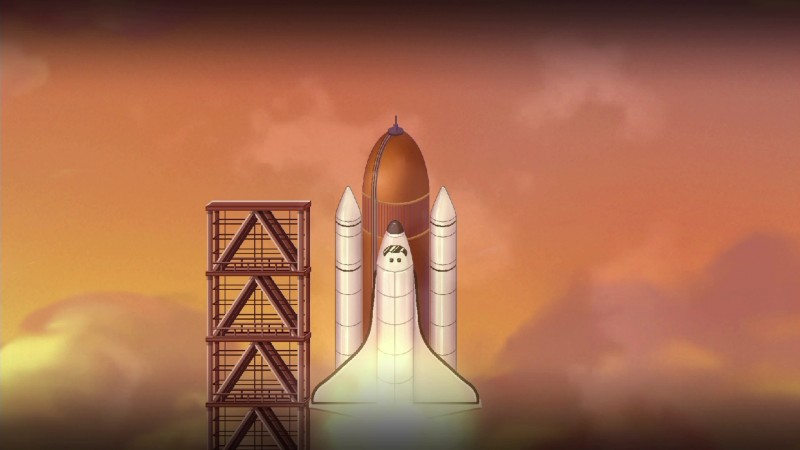 Rating: Everyone
Reviewed on: Switch
Also on:
PC

On an isolated stretch of road near a lonely lighthouse, two doctors march toward a cliffside mansion. They have been hired to rewrite the memories of an old man named Johnny Wyles in order to fulfill his dying wish of going to the moon. This isn’t a simple process, and as the doctors dive into Johnny’s mind and revisit several of his most important memories, they effectively relive his life in reverse. To the Moon may be light on gameplay, but it is a storytelling powerhouse that explores the themes of love and regret, and by the end, I felt encouraged to reflect on some of the most important relationships in my own life.

In 2011, designer Kan Gao released To the Moon onto PC. For Gao, its development was a way to work through several existential questions he’d encountered when he learned about a life-threatening condition facing his grandfather. That original 2011 release used the RPG Maker XP toolkit, which gave To the Moon an old-school charm, but Gao’s heartbreaking story was the real reason To the Moon stood out in a pack of pixelated indie darlings. Almost a decade later, To the Moon is on Switch, and the entire game has been rebuilt in Unity. The visual overhaul is slight, but it retains the old school charm of the original release.

Fortunately, the narrative has been completely untouched, because it remains incredibly powerful even a decade after release. As players explore Johnny’s sometimes mundane and often heartbreaking life, they encounter several strange mysteries. For example, why is his house full of origami rabbits? Why does his wife seem obsessed with lighthouses? And why does Johnny’s mother call him Joey? The revelations to these miniature mysteries are often as surprising as they are heartbreaking. You spend most of the game reading and clicking through text boxes, but the dialogue feels natural, and I was genuinely interested to see how Johnny’s big life events would play out. Overall, To the Moon’s narrative is well-paced and kept me glued to my Switch’s screen until I rolled credits.

While this experience is largely a narrative-based, it has a few gameplay moments. As you jump from one memory to the next, you collect a series of mementos of Johnny’s life. You do this by inspecting significant objects within the environment of each memory. These mementos aren’t hard to find, but collecting them sometimes feels like a chore since the process is so simple. Once you collect all five mementos in a given space, you complete a simple puzzle before jumping to the next memory. During these picture puzzles, you flip columns or rows of tiles until all the tiles are flipped over and you complete a picture. I got hung up on one of these puzzles, but for the most part, they are shallow experiences that don’t add much to the overall package.

Fortunately, To the Moon’s narrative is so heartfelt and touching that its superficial puzzles didn’t diminish the adventure. To the Moon forced me to think about my own life and my own regrets and asked me what I would change if I could. I may not have a machine that can rewrite my memories, but if I did, I wouldn’t want to forget this game. 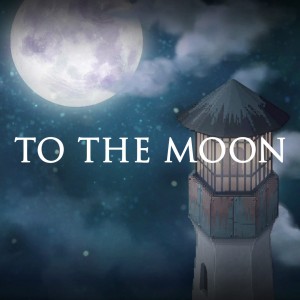 Summary: To the Moon may be light on gameplay, but it is a storytelling powerhouse that explores the themes of love and regret.

Graphics: Inspired by 16-bit RPGs, To the Moon looks like an old SNES game

Sound: The soundtrack is a bit repetitive, but the main piano-driven theme is moving

Playability: You spend most of the game reading dialogue boxes, but a few simple puzzles interrupt the narrative

Entertainment: To the Moon is incredibly story-focused. Fortunately, that tale is powerful and heartfelt